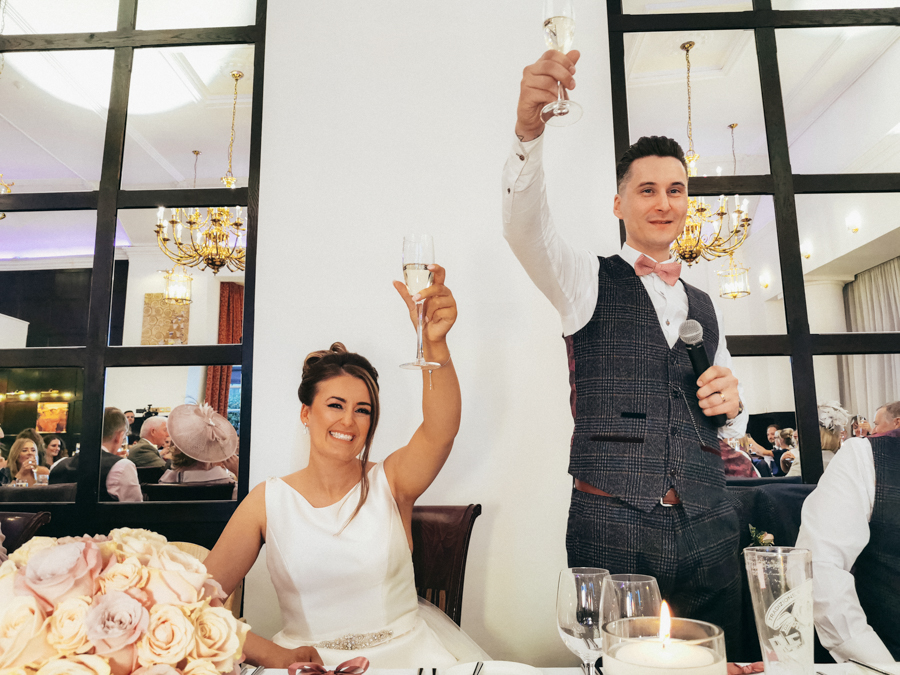 Holly and James were married on the 16th of November 2019 in the Lake District; they ditched the professional camera and had their wedding captured entirely on a smartphone. Seems like a drastic cost-cutting move, but then they weren't relying on random family members or friends to do the honours, as Huawei had challenged professional documentary photographer Ian Weldon - dubbed 'the coolest wedding photographer in the world' - to photograph the wedding using only a Huawei P30 Pro.

Their wedding day at Low Wood Bay Resort and Spa in Windermere in the Lake District had an intimate and classic winter wedding feel and was attended by 70 guests. The project was commissioned by world-leading technology company Huawei, to prove the quality of photographs taken on their P30 Pro smartphone can rival those taken on a DSLR. 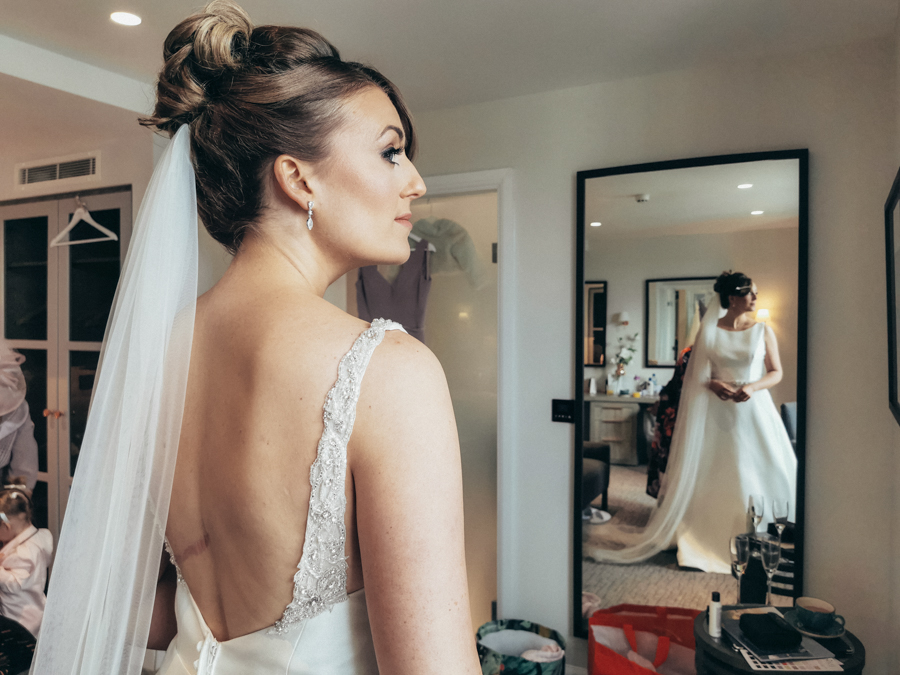 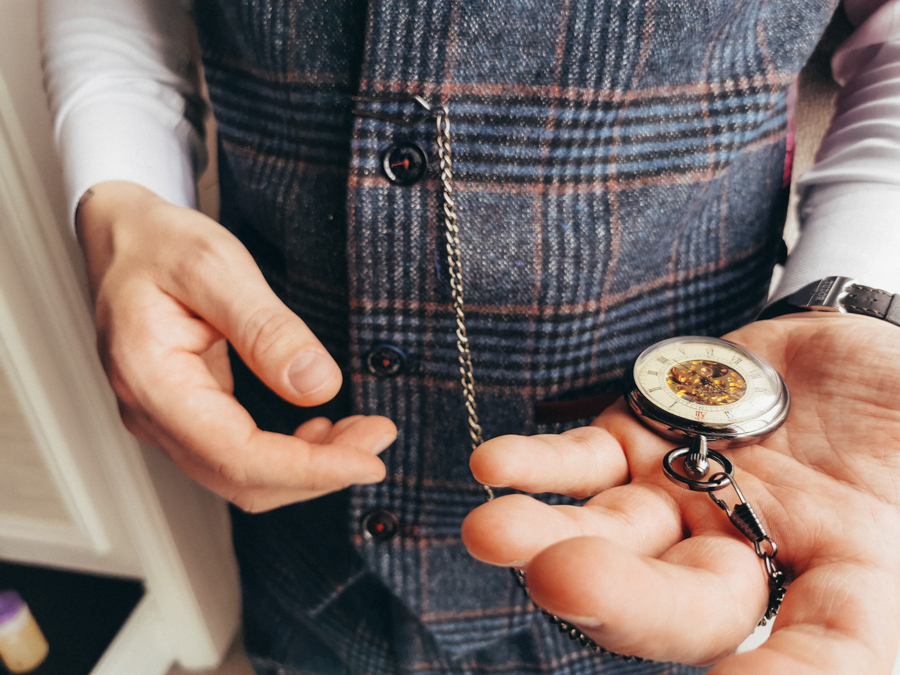 Ian Weldon, famed for his documentary-style photography, who captured the wedding on a Huawei P30 Pro, said:

“In most instances, photographers would have at least 2 cameras, multiple lenses, and lighting equipment. But having shot Holly and James’s wedding exclusively on the P30 Pro, I can safely say it is also possible to capture an entire wedding on a smartphone.

My usual photography style is capturing candid moments, and the P30 Pro allowed me to move around and capture moments that would’ve been more difficult if using a traditional camera.” 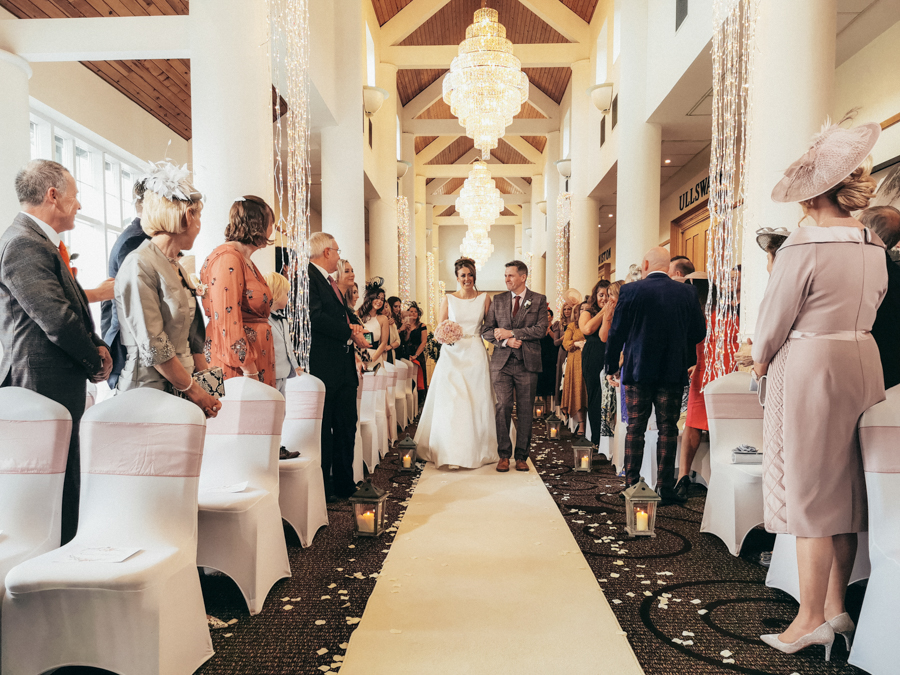 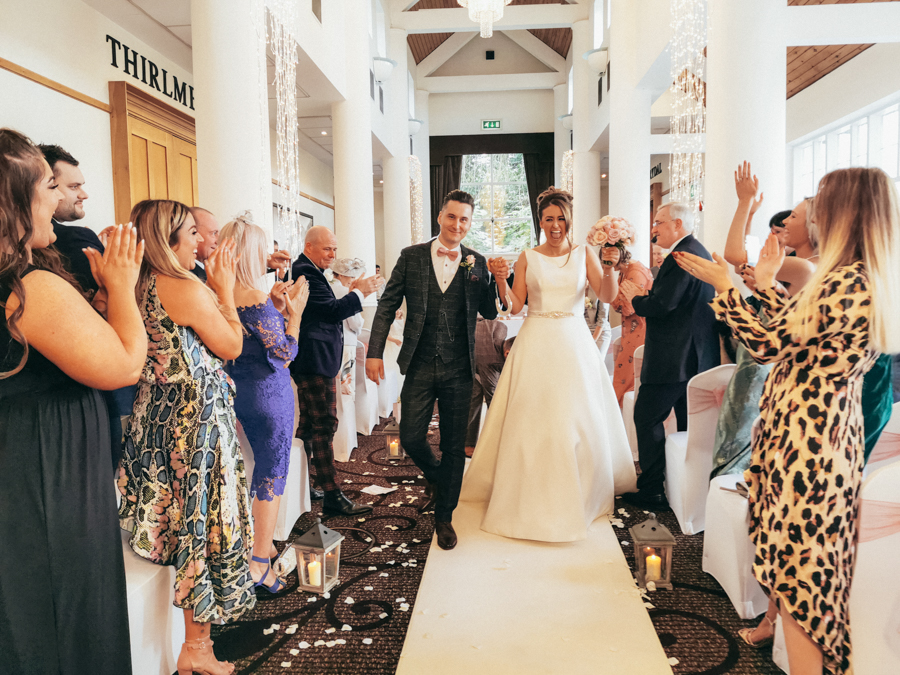 On having their entire wedding day shot on a camera phone, Holly and James commented:

“We were nervous about swapping a professional camera for a smartphone to capture our wedding, but we were totally blown away by the quality of the photos. We couldn’t be happier with how they turned out.

Being photographed by a smartphone also felt so natural. We barely even noticed Ian was there, capturing so many of the small, candid moments which are so special to look back on."

This follows new research by OnePoll (commissioned by Huawei) on 2,000 UK adults who are married or have been married, which looked into married Brits’ opinions on wedding photography, regrets about their own wedding pictures, and social media embargos.

The research uncovered that millions of married adults have regrets about how their wedding photos turned out, with over one-third of respondents (35%) confessing they weren’t happy with the snaps because they looked too ‘staged’. As a result, almost half (46%) of betrothed Brits wish they’d asked friends and family to take more candid shots on the day, as one in three (33%) confess there are magical moments from their wedding which they wish had been caught on camera, which weren’t. Nearly a third (29%) of married Brits even say that their favourite wedding photo is a candid – or unstaged – image. 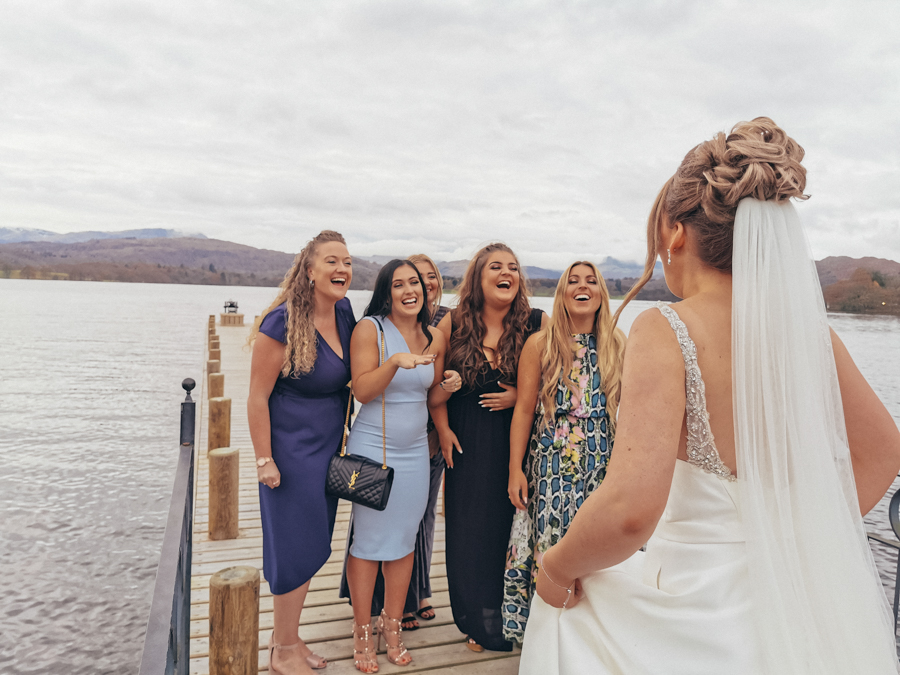 Although married Brits are shelling out at least £693 on their wedding photography, with one fifth (18%) even scrimping on the hen or stag do to afford the right photographer, two-fifths (38%) of married Brits say they actually prefer the images taken on guests’ smartphones to the professional shots

Furthermore, one third (35%) of married Brits also admit they actually feel more comfortable having their pictures taken on a smartphone, as opposed to a professional camera. Meanwhile, best friends take the crown for the best back-up photographers, as one fifth (19) of married Brits say that they would most entrust their best friend to take the best pictures of them at their wedding, aside from a professional photographer. 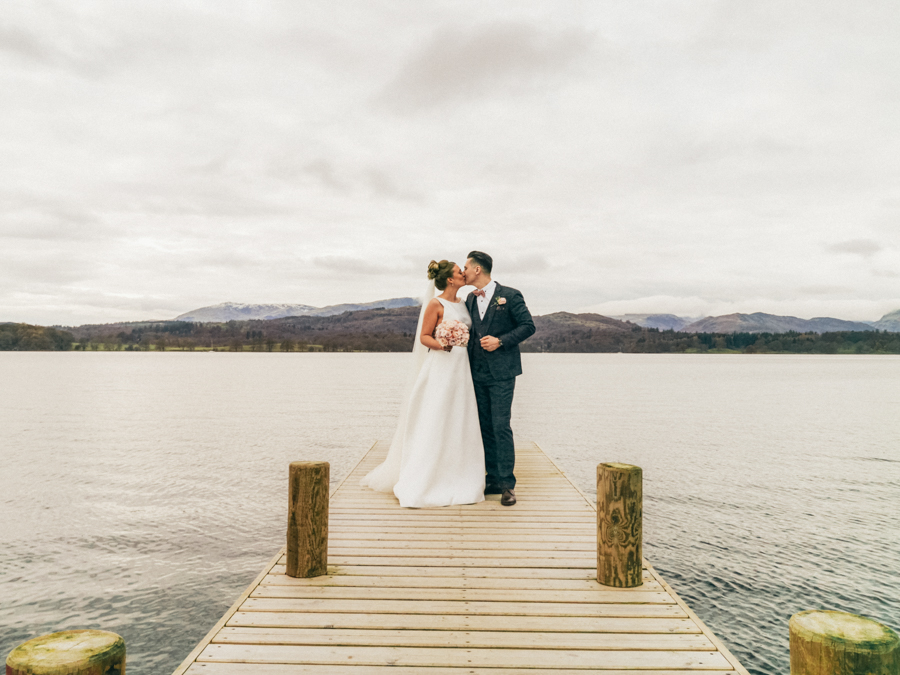 When it comes to social media, it has been revealed that 41% of married Brits had pictures of their big day posted to social media, with one in ten (11%) finding time themselves to post photos and videos on the wedding day itself.

However, two fifths (40%) of Brits imposed an ‘embargo’ or ban on friends and family posting images to social media before the official shots were unveiled, and of those who had the embargo or photo-sharing ban broken, a whopping 83% said it ruined their wedding day. The most likely culprits to break the photo-sharing ban were friends (50%), work colleagues (49%), and the mother-in-law (40%). As a result, one fifth (19%) say they ended up falling out with the embargo-breaker for as long as a month. 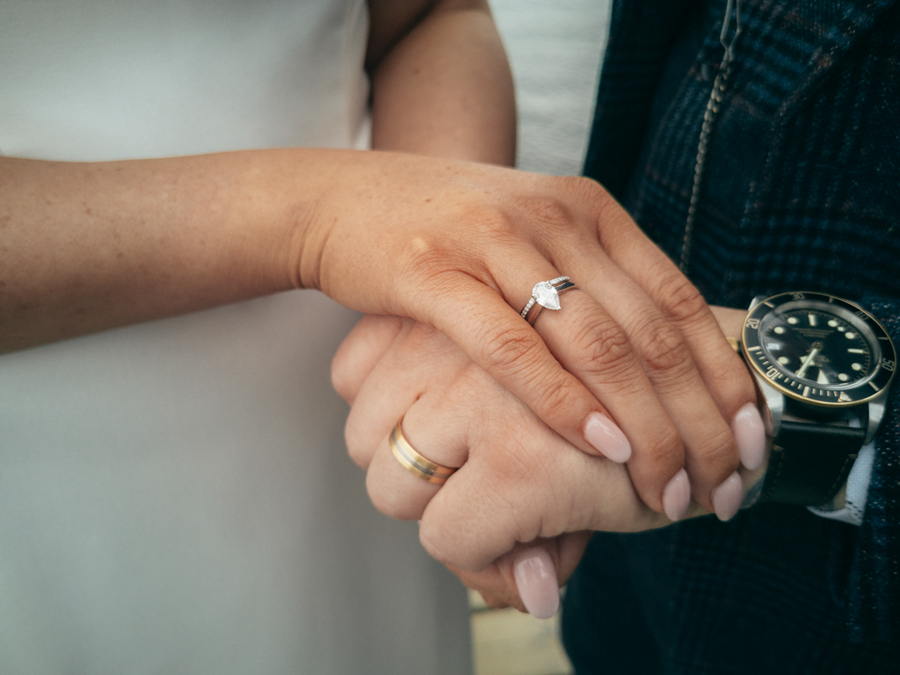 Justin Costello, Head of Marketing, Huawei UK & Ireland, commented: “What better way to showcase the unparalleled photography capabilities of our flagship smartphone, the P30 Pro, than put it to the ultimate test – a real life wedding. The resulting images of Holly and James’s beautiful wedding are a testament to the handset’s revolutionary technology – thanks to the Leica Quad Camera System – that allows you to capture every detail and vibrant colour of life’s most precious moments.”

Take a moment to watch this interview with Ian Weldon, Holly and James:

So, would you be brave enough to entrust the immortalisation of your wedding day to a smartphone? I don't think professionals will be ditching their DSLR's any time soon, but for amateur photographers like myself, it's great that smartphone camera technology is improving so fast, so that at any time, there's a means of capturing a magical moment, on a wedding day or any other!

The wedding of Jo and Toby illustrates how you can add sustainable touches to your wedding day without compromising on style....