This is the spectacular Indian wedding of Jon and Alina. 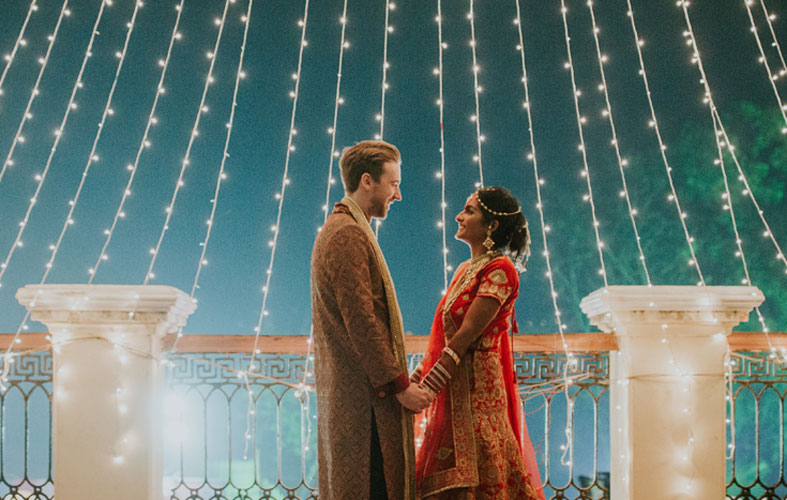 We wanted to find a place which felt like the real India, so we chose a venue that was situated on the river Ganges, opposite Dakshineswar Kali Temple, which is a famous Hindu Temple. It is a beautiful colonial building which has a lot of character and this really set the scene. 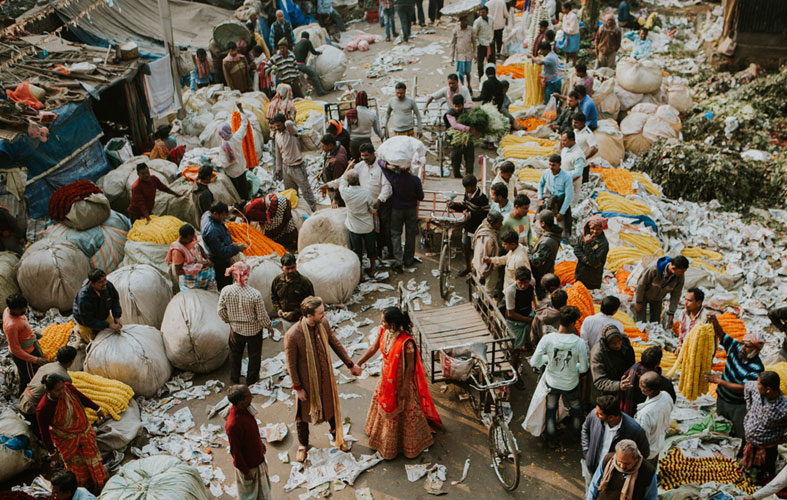 It was decorated with flowers and lights, the whole venue was traditional and magical.

Roughly 175 in total. So quite small for an Indian wedding! We had guests from the UK, Australia, the USA and all over India. 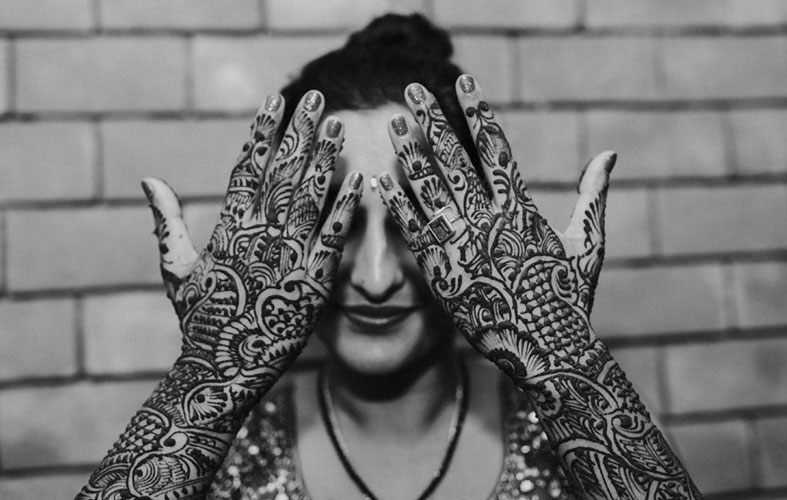 We threw a henna party the night before the wedding at the Great Eastern Hotel where most guests were staying. 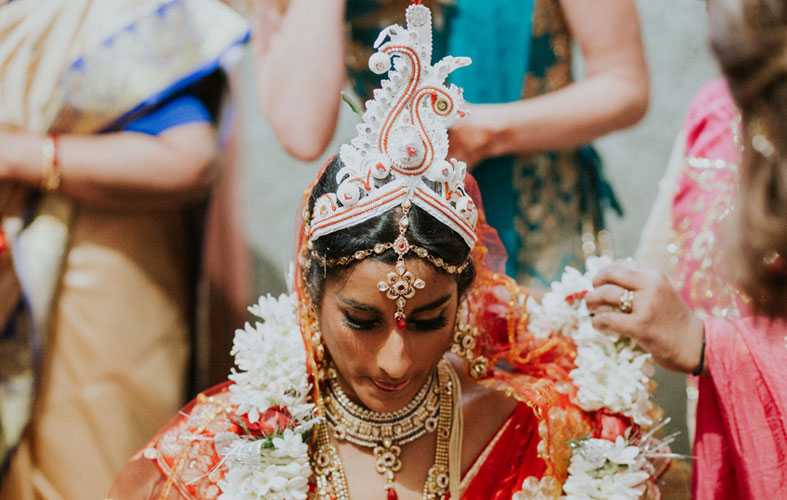 Roughly 12k including flights! We managed to stick to it. I would say do not spend thousands on your wedding dress, make up and hair. Put that money to good food and booze for the guests! 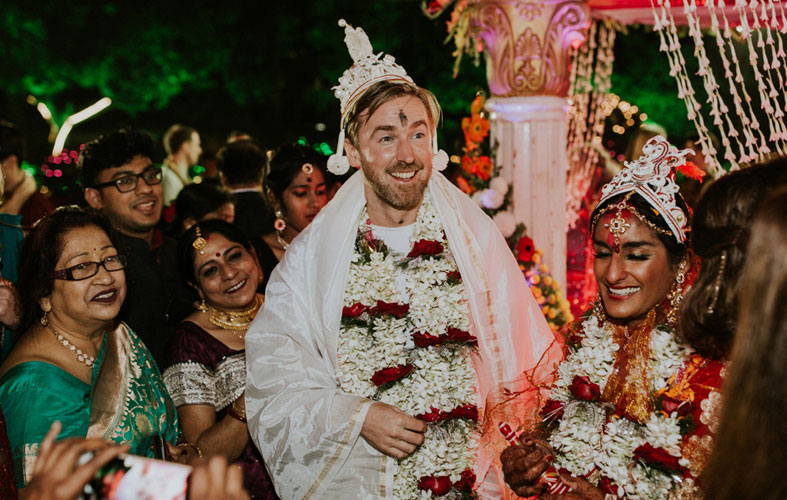 It was an Indian wedding so everyone came dressed in Indian outfits. Obviously as the bride and groom we wore traditional head wear as is normal at an Indian wedding. There really was an abundance of colour. 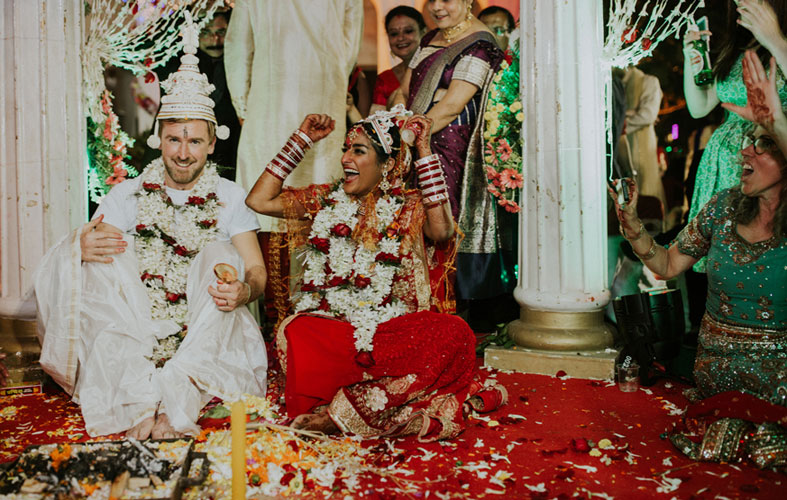 Our wedding planner chose the perfect menu. There was a row of chefs making all the food in front of us in huge vats. A selection of pani puri, paneer tikka, kebabs, all types of biryani and curry, followed by a selection of sticky Indian sweets. 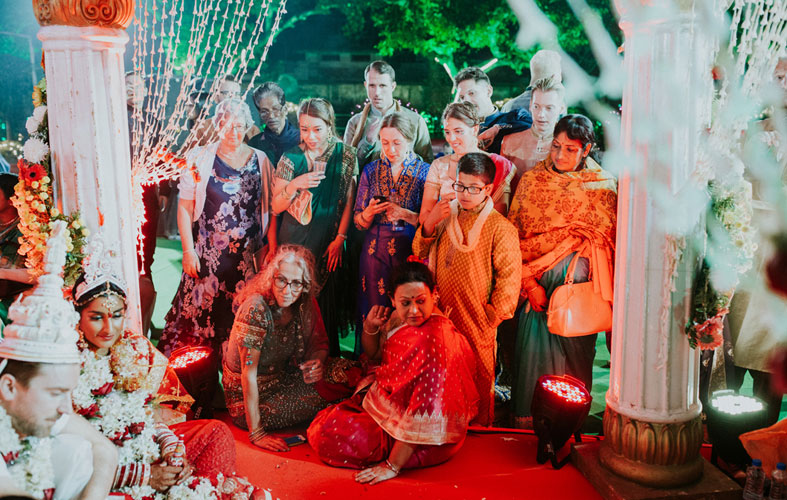 How Green were you?

We had ethical rings made by April Doubleday. Paper plates which were recycled. Real local flowers which were bought that morning from the flower Market under Howrah Bridge. All leftover food went home with the staff. We had local invites made in Hindmotor. We hired coaches from the hotel to the venue for all guests. We threw a party in Devon for those who could not come to India. Everyone recycled their outfits including us. 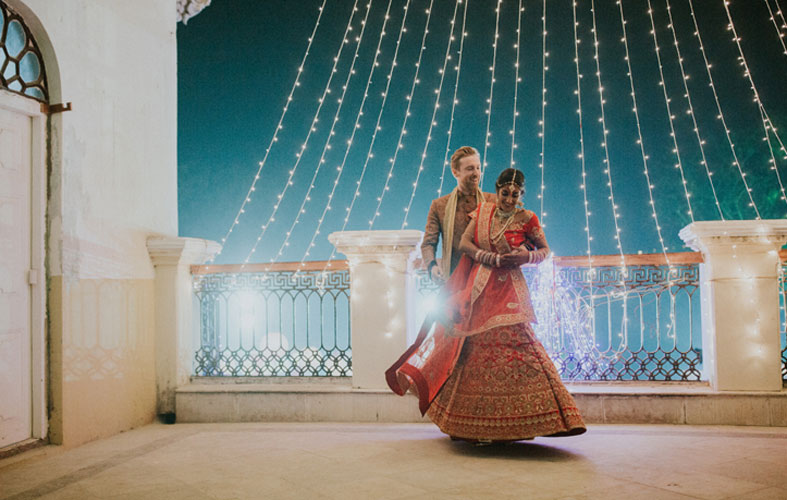 Fortunately the weather in Kolkata was perfect at that time of year so we decided last minute to have the Hindu ceremony outside, which was amazing.

Jack Hoyle was our photographer he was a good university friend of Jon's and an amazing photographer, he could not have done a better job for us, the photos were out of this world. 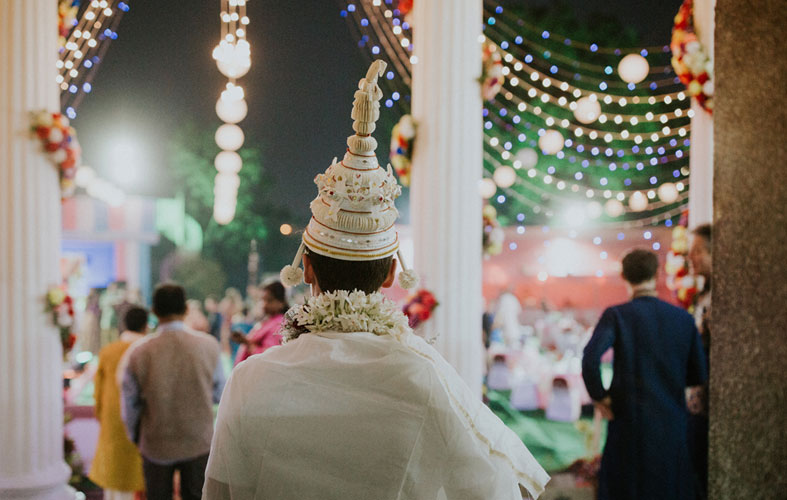 April was the first ever Jeweller in the South West to become a licensee holder of the Fairtrade/ Ecological gold mark, back in 2011, so this was going to be a very important ring to make.

"For Alina's engagement ring my son Jon and I discussed what we could do because I am a jeweller and this was such a special ring for me, we thought I could use a Pink Sapphire from Alinas Fathers old wedding ring as he has Dementia, so we thought it would be a lovely memory for Alina." 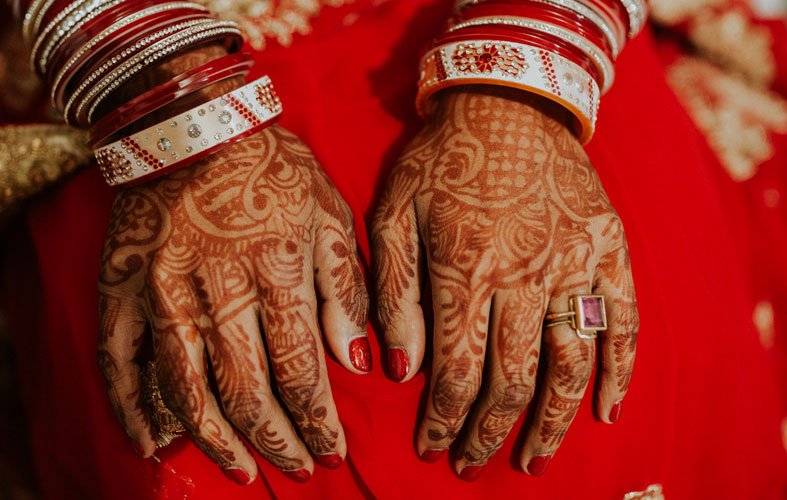 Mehendi painting on hands and feet.....It is said that the darker the colour comes out, the more the groom loves his wife.

But it has a medicinal ground too... The Mehndi herb or henna has a cooling effect that aids in soothing stress, headaches and fevers. So mehendi is applied to relieve the bride and groom of all the wedding stress. 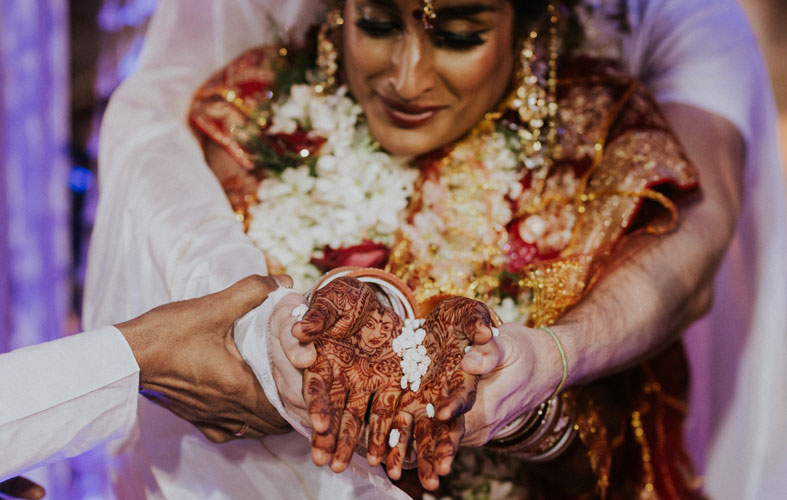 Puffed rice plays a symbolic role in Hindu weddings. The ultimate witness to the union is the sacred fire and one of the main rituals is saptapadi or the seven steps taken by the couple together around the holy fire. As they walk around the fire, the couple pour handfuls of puffed rice into the brightly burning fire as a sacred offering; rice in all its forms is considered holy and is revered. 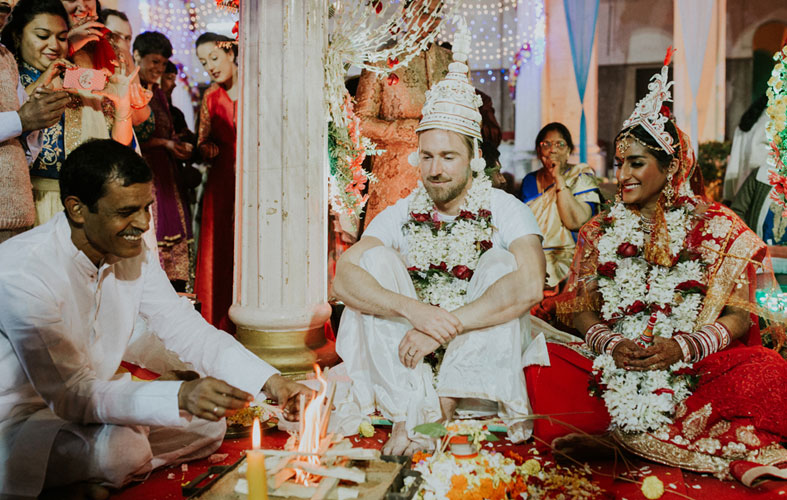 Copy and help with the story line April Doubleday (Jeweller and Mother of the Groom!)

ADVICE - 10 Tips to Help You Choose a Wedding Photographer

10 tips to help you choose a wedding photographer...